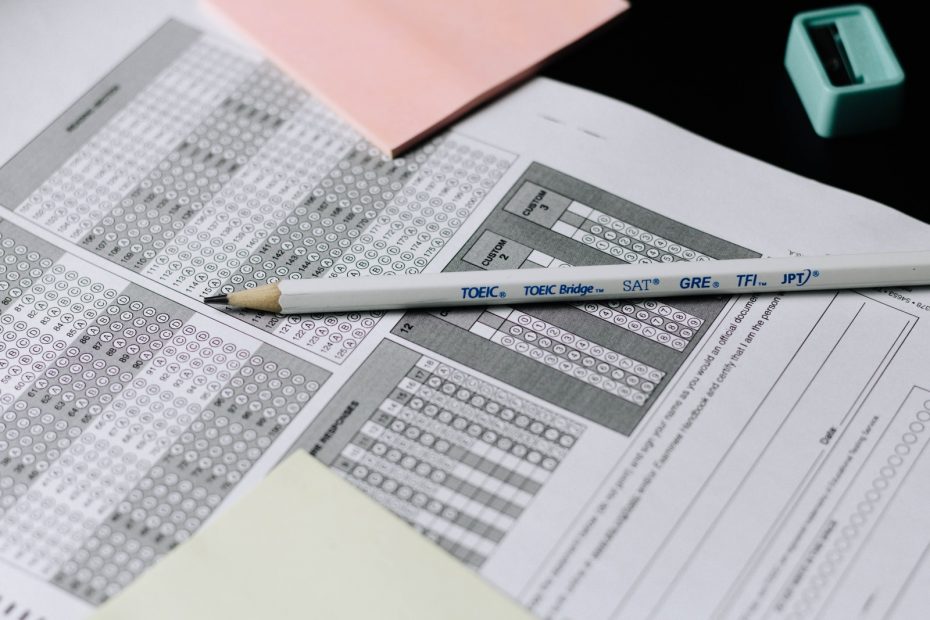 “A 29 in English Sarah? Were you even trying?” Mephi looks over my shoulder incredulously at my CERT1 scores. “That’s literally the same thing you got for Math.”

“Well you were distracting me throughout that test, so much that I had to put on music to drown you out. Still I only got seven questions wrong out of 75, whereas with math I got 10 wrong out of 60. Something is off with their counting. The real strange one is how I got a higher grade in science than in reading when I got less wrong in reading and they have the same number of questions.”

“Maybe they curved the math and science grades because of difficulty?” Mephi suggests.

“Probably. No one would have gotten all of those right. I know I didn’t and I used google for 3 questions.” Mephi laughs, delighted by my admission of cheating. I scowl at him, “Nobody memorizes the interior angles of octagons and I didn’t know the formula to figure it out. The teacher said we could use our phones.”

“He said for calculator purposes, not that you could look the answer up.” Mephi prods.

“Okay, I get it, that was wrong, but all that means for this test is that know my score on the real ACT we’re taking in a month will probably be lower than a 28 so my super-score won’t get that much higher, which I could infer anyways because I haven’t been reviewing the basics. I’m too busy doing the math homework for my class which is way ahead of this.”

“Yeah, for someone who hasn’t practiced this sort of math for 5 months on an uber-hard test you did really well, even counting the questions you cheated on as wrong.”

“You’re welcome.” He smirks “You know, we could make a trade of this. You take a step off the roads you’re familiar with, like cheating just now, and I can compliment you. How about it?”

I chuckle. “Mephi, you’re a demon. D E A M O N. You and I both know it would be stupid to even think of making a deal with you.”

“You spelled demon wrong.” Mephi nitpicks sullenly, slouching in his chair across from me. “Besides, I’m just trying to complete my assignment. It does have a due date you know.”

“When I die?” I say jokingly, and then I realize something. “Wait, if you get my soul when I die if I sin enough, and you know the due date for this project, you know when I die right?”

“Uhhh…” Mephi hesitates. I feel like I’m treading somewhere I shouldn’t go, but I can’t help myself. I’ve always been curious.

“So when is it?” I look at him hopefully. “I promise I won’t try to avoid it, I just want to know so that I can make good life decisions.” 2

Mephi looks incredibly nervous. His leg jitters and he can’t meet my eyes. I feel kinda guilty for asking now. I shouldn’t have done that if it puts him in a difficult position. He probably shouldn’t even have let me know he holds that information. I’m about to let him off the hook when a voice cuts through the silence of the classroom full of bored students now finished testing and one nervous demon to announce that everyone who hasn’t gotten a photo taken should go take one now. A couple of students stir, the seniors who didn’t get their pictures done over the summer. After they leave the classroom, I look back at Mephi, who is still jittering nervously.

“You know we’re not socially distancing properly.” I tell him to break the tension. “Not with you sitting right across from me, you should have sat to my diagonal.”

“Doesn’t matter.” He smirks, happy to tell me a demon fact that the sharing of which won’t provoke hellish retribution. “Personal demons don’t have an entirely real form in the above world. I don’t need to spit, and I can never get sick. So even if I kiss you, neither of us would be in any danger of passing germs.”

“Why kissing?” I’m befuddled by his example choice.

“Why not kissing?” Mephi says cheekily. “Actually that was just the first thing I thought of that would be certain to share germs, but I guess coughing repeatedly on your face would do the same thing eventually. It’s just less funny to say. Anyways, what are you going to do now? You still have a few minutes till lunch.”

I groan. “Don’t ask me, I have like 20 things that need to get done and all I want to do is read, and maybe write. Okay definitely write. But I have too much to do…”

“Write up this conversation and share it with your family, that way you’ve come up with a funny way to tell them about your scores, you get to share something new that you wrote, and I get to watch their reactions as they talk about me.”

“It’s that last part you really like isn’t it? You don’t care about the rest of it at all, you just want my family to talk about you when you can listen in easily.”

“True…” Mephi grins. “Anyways, after that just do what you normally do when you have too much work. Break it down and do everything you can, easiest to hardest. Prioritize what’s important and what’s not, and then work it all out. It’s not like the world will end because you can’t get something done today.” Mephi leisurely leans back on his stool, expecting a back to it when there is none, and almost falls off. I giggle as he quickly rights himself and glares at his seat. “Why in all the hells don’t these chairs have backs.” He mutters as the teacher announces to the class that they can now go to lunch. I quickly pack up my stuff and leave the room quietly. Mephi waves goodbye from his seat, and then melts into shadow disappearing to wherever he goes when he isn’t with me.

1 Practice ACT thing. Literally no value since it doesn’t accurately depict scores. School mandated or I’d have skipped it.
2 In hindsight Probably not the best thing I could have said to convince him since he wants me to make bad decisions as he’s my demon.