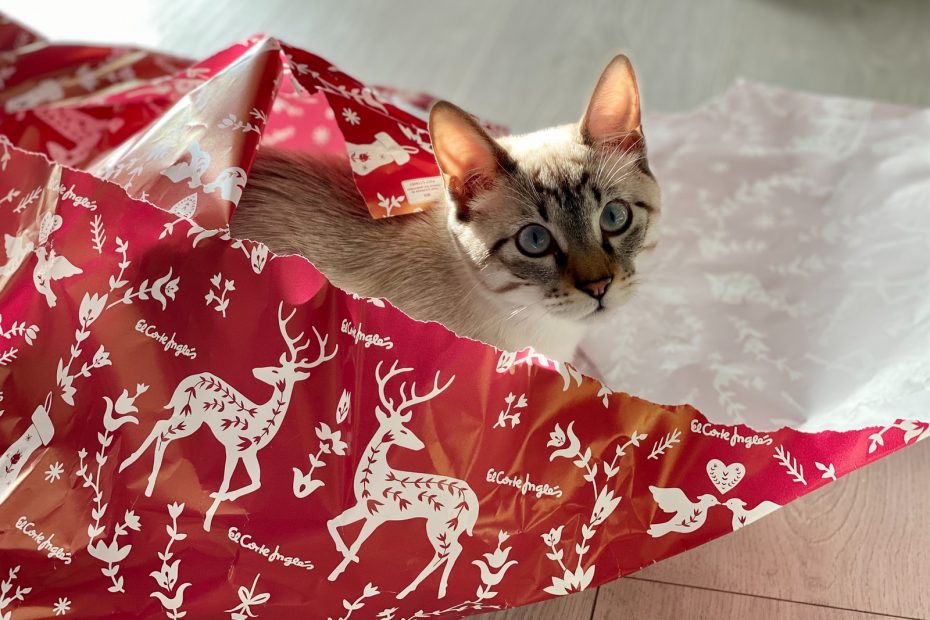 “Shoo Mephi!” I say distractedly at him. I’m trying to concentrate on editing chapters of my senior project, but his head is visible out of the corner of my eye as he perches on one of my classmates’ seats in front of me.

“I can’t talk right now!” I tell him exasperatedly. “I need to finish this.”

“You’ll have plenty of time after school.” He protests. “You’re literally staying in M—1 till 9 pm for hell’s sake! Surely you have some time.”

“Fine.” I look at him directly, closing the tab for senior project stuff and opening up our recordings tab. “What is it? Wait first, I need to get you into the Christmas spirit.” I snap my fingers and his pointed ears are stuck under a Santa hat, and his clothes change into a hand-knitted maroon Christmas sweater with a golden M on it.

“Da-heck Sarah?” Mephi complains. “This sweater is too tight and you’re having me wear a hat that was supposed to be worn by a saint? Why do you torture me like this?”

“Three minutes to lunch!” Ms. R calls, kids around me glance up and then quickly delve back into their work.

“I tried to model the sweater off the ones Ms. Weasly made her kids, you know, from Harry Potter?”

“Of course that’s what you know it for.” I sigh. “The hat is because it’s christmas. Besides, even though Santa is actually supposed to be Saint Nick, the figure that we know of with the hat is just consumerism nonsense.”

“Well if it’s nonsense, best to get rid of it then.” Mephi smiles cheekily and tosses his hat into the projected image of a burning fire the teacher had set up.

“Mephi!” I protest, watching panicked as the hat turns to charcoal. “What if someone notices?”

“Notice what? That I just tossed a non-existent hat inside a youtube video?” He gestures to all the student’s around us. “They can’t see that, just like they can’t hear you or me. Now onto the important things.”

“Oh. There’s actually a reason for this encounter?” I ask sardonically, then freeze as the teacher calls us to go to lunch. “Sorry, gotta go! Chat after lunch?”

“Why not during lunch?” Mephi asks.

“Well then I’m presumably carrying on conversations with other people. It would be weird if I just wasn’t paying attention to the conversations but wasn’t reading.” I quickly grab a book, beginning to head towards the door.
“Can’t you just fake attention?” Mephi presses.

“No, these are my friends. They would notice if something was up.” I tell J— and P— where to meet. “See you after lunch Mephi!” I call exiting the room. His face is worried as I turn the corner to head outside.

When I get back, he isn’t in his seat, and I watch as the other student- I think her name is C—?- takes the seat.

1 City where my highschool is located.
2 Family joke: My mom had a dumb friend in high school who read on a funny fake news site (this was before fake news was politicized). It was supposed to be a joke that the Harry Potter books were teaching kids to be satanists. The dumb friend (who had never read the Harry Potter books) actually believed it and mom had to painstakingly explain to him how every article on that site was supposed to be an obvious joke.